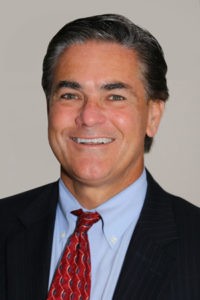 Del Markward, SIOR, Allentown, PA, took office as SIOR’s Vice President. After serving a one-year term as Vice President, Markward will serve as President-Elect for a year and then step into the presidency of SIOR in the fall of 2017.

SIOR World Conferences are held every fall and spring, and have long been considered the most important events of the year among industry leaders. These conferences are designed to help attendees build strong relationships with other SIOR, industry colleagues, and exhibitors, while enhancing their knowledge of the latest trends.

*Headquartered in Washington, DC, the SOCIETY OF INDUSTRIAL AND OFFICE REALTORS (SIOR, www.sior.com) is a global professional organization that certifies commercial real estate service providers with the exclusive SIOR designation. Individuals who earn their SIOR designation adhere to the highest levels of accountability and ethical standards. Only the industry’s top professionals qualify for the SIOR designation. Today, there are more than 3,000 SIOR members in 630 cities in 34 countries.